Martyrdom is the faked Identity to replace positive national identity. The illusion of protecting Iran with the martyrs’ spirit replaces social realities.

The Iran–Iraq war of the 1980s gave the clerics a powerful lever to further promote political dogmatism and exploit the secular sense of nationalism in diverting the love for one’s country to the love for one Leader, one Supreme Guide.

During the eight years of war, hundreds of thousands of young men and children, from both sides, were butchered in the battlefields. For the clerics, every battle was an occasion not to be missed in instilling death in the living souls by practising propaganda on an industrial scale. The focus was on the martyrdom and the bravado of the men; honour and prestige were to be found among tearful parents embracing flowered corpses in shrouds.
The women, despite their achievements, despite doing far more than feeding the living and soothing the wounded and the surviving, were occulted. Only the mothers clad in black chadors kissing the gravestone(s) of their loved son(s) were visible and publicly advertised.

The smell of earth, blood, decaying corpses and gunpowder were presented as the sweet smell of Paradise, and the sacred perfume of Muhammad roses. (See: Iran-Iraq, la guerre par l’image, Saeid Sadeghi and Maryam Ebrahimi, Arte, 2017.)

The civilians were absent from the Islamic nationalism and the idealised form of the war epic officially narrated. They were displaced, maimed and killed, but little was said about their plight. Their misery was not visually attractive and their stories disheartening. Many fled the country, but nothing was said about them either, unless they could be portrayed as a recreant, and those who were caught were executed in public.
The Iran–Iraq war ended in a mass killing of prisoners on Khomeini’s order, in the Name of Allah, the Compassionate, the Merciful. Ebrahim Raisi, the present head of Judiciary, was a member of the death committee, which commanded the execution of thousands of محارب / enemies of Allah, مرتد/ apostates.

In the years after the Iran–Iraq war, the infidels and the enemies, as the clerics call anyone getting in their way, had to be destroyed since making peace with any enemy is believed to be an eternal shame. The Islamic Republic of Iran excels in the science of دشمن شناسی, i.e. enemy-logy, a word coined by its lackeys, the deputies to the parliament, and followed by thousands of mindless robots for whom marching in the regime’s rallies, chanting to its glory and quenching their thirst with a free soft drink is what matters most.

In a nutshell, this neologism, enemy-logy, includes anyone uttering unfavourable words to the squalid Islamic principles they put forward. With this as the template for each and every preacher, the Islamic Leadership has not only transgressed the boundaries of decency, but also has justified the barbarian coercion that any Shah had never dared to cross.

The cult of martyrdom, the illusion of protecting Iran with the martyrs’ spirit, is the paradigm that defines the cleric’s perception of the social realities. Martyrdom, as symbolised in the narrative of Imam Hussein and taken in as a cultural characteristic, fosters misogyny, illiteracy, fanaticism, all the while highlighting an utter contempt for the human needs and rights.
For any ayatollah, life is cheap. In the Iranian ideology, imposed by the mullahs, and widely shared by the population, a martyr becomes an idol worthy of kissing the soil he had walked on. No martyr is a she.

On the other side of the coin, the corpse of a recreant counts for less than a piece of dung. The remains are dumped in a common pit and their loved ones never informed how they have disappeared. When the pious executioner feels charitable, he extorts money from the family as a condition to release the body, practically dumping the remains in a place that could be found. In Iran, one of these sordid practices of extortion has even a name: پول تیر / bullet money. Put plainly, the family pays for the cost of bullets used to kill their son or daughter.

Presently, the regime organises frequent public meetings of excited masses in black to honour the martyrs, either those killed in the 1980s war or recently fallen in Syria, شهدای مدافع حرم, to protect the loathsome Alawites regime of Al-Assad. The aim is to have massive mobs backing their domestic policies and the expansionist politics of the Supreme Leader in the Middle-East.
The culture of martyrdom masks an abhorrent reality. For the theocracy, human life is disposable and the aspirations of the people are of no importance. Lives are used as bricks to build their fortress of power; the reward of the good Muslim scarified into praising the power of Allah, i.e. their personal rule, is the paradise, the ultimate honour of the righteous. However, the dead have never returned to the living to testify.

Spurious accusations, monkey tribunals, rape, flogging, torture, lex talionis, and public stoning and executions have been the backdrop in Islamic justice. In the forbearing and merciful revolutionary tribunals – so described by the clerics – the defence lawyers are either prevented from accessing the files or forbidden to appear at the tribunal. As they try to find their client in the hundreds of prisons built since 1979, the accused is forced to make a public confession, broadcast as reality shows. The vocal and bolder lawyers have been scurrilously charged by the judiciary for crimes never committed, barred from practice, flogged, and jailed for years. If possible, anyone stung by the scorpions of the Islamic judiciary leaves the country at the first possible occasion, never to return.

The Velayat-e Faqih wanted a cleansed country made of male Shiites and yes-men, at all points conforming to its ideology.

The Inquisition of Consciences

Today, the inquisition of consciences and scrutiny of public behaviour have become routine. Hypocrisy is written in laws based on امر به معروف و نهی از منکر / Enjoining what is right and forbidding what is wrong.
Who are they to decide what’s right and what’s wrong?
Who are they to say what a woman can do, wear, and think?
Only a bunch of dull-witted blockheads educated in Qom that we – as a nation – have chosen to be our leaders.

Spreading prostitution to feed one’s family, drug addiction, exploitation of children, and what not, have never been dealt with or documented by the government. However, presented with any problem, the authorities and clerics have a three-point plan of action. Start by denying the existence of filth in a perfect compassionate Islamic world, then admit it with grandiloquent declarations accusing a foreign enemy of being at the root of the problem, and finally, create a smokescreen to cover it up.

Then came 2009. The rigged elections of the second mandate for Mahmoud Ahmadinejad as president backfired. A spontaneous expression of people’s demands in the streets shook the theocracy on its base. The ensuing crackdown, arrests, rapes and assassinations put an end to the protests.

A few weeks ago, in November 2019, the plump president of the Islamic Republic decided to starve the people by extorting more monies from the people: the price of petrol hit the skies.

The regime was fully prepared for the protesters, although it misjudged its extent. In a hurry, they shut down the Internet to hush up the protests, and to shoot to kill.
The people rebelled for a few days, before the pictures of a happy crowd enjoying bottled soft drinks, a couple of sweets freely distributed after Friday prayer, emerged in the Iranian media. Mobs of bigoted worshippers took to the streets branding “Yes/Labeik to The Leader” boards. Those who enjoyed the free soft drinks offered by regime gangs and taxed the protesters as اشرار /evil outlaws, in unison with the regime, are loathsome creatures in the same way that the beneficiaries of the bullet money spend their money without a second thought on its source.

Soon a new wave of emigrants will flee the country and find themselves trapped in the purgatory of the asylum seekers in the West. This time, the conditions in Iran are different from the previous episodes of bloody repressions. In the want of leadership and a vision far more substantial than the needs of the recent past of disorganised and limited daily economic demands, the population has trapped itself in a social and political cul-de sac.
How long it will take before the desperate protesters, having nothing to lose, turn against each other? The tragedy of the civil war in the making is real. Excruciatingly, it has no solution. Only years of bleak suffering would abate its abhorrence. This time, the umbilical cord that allowed the Iranian diasporas, far too many regime apologists among them, to be attached to a romantic homeland of their own imagination, will no longer exist. 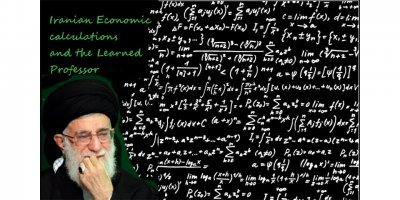