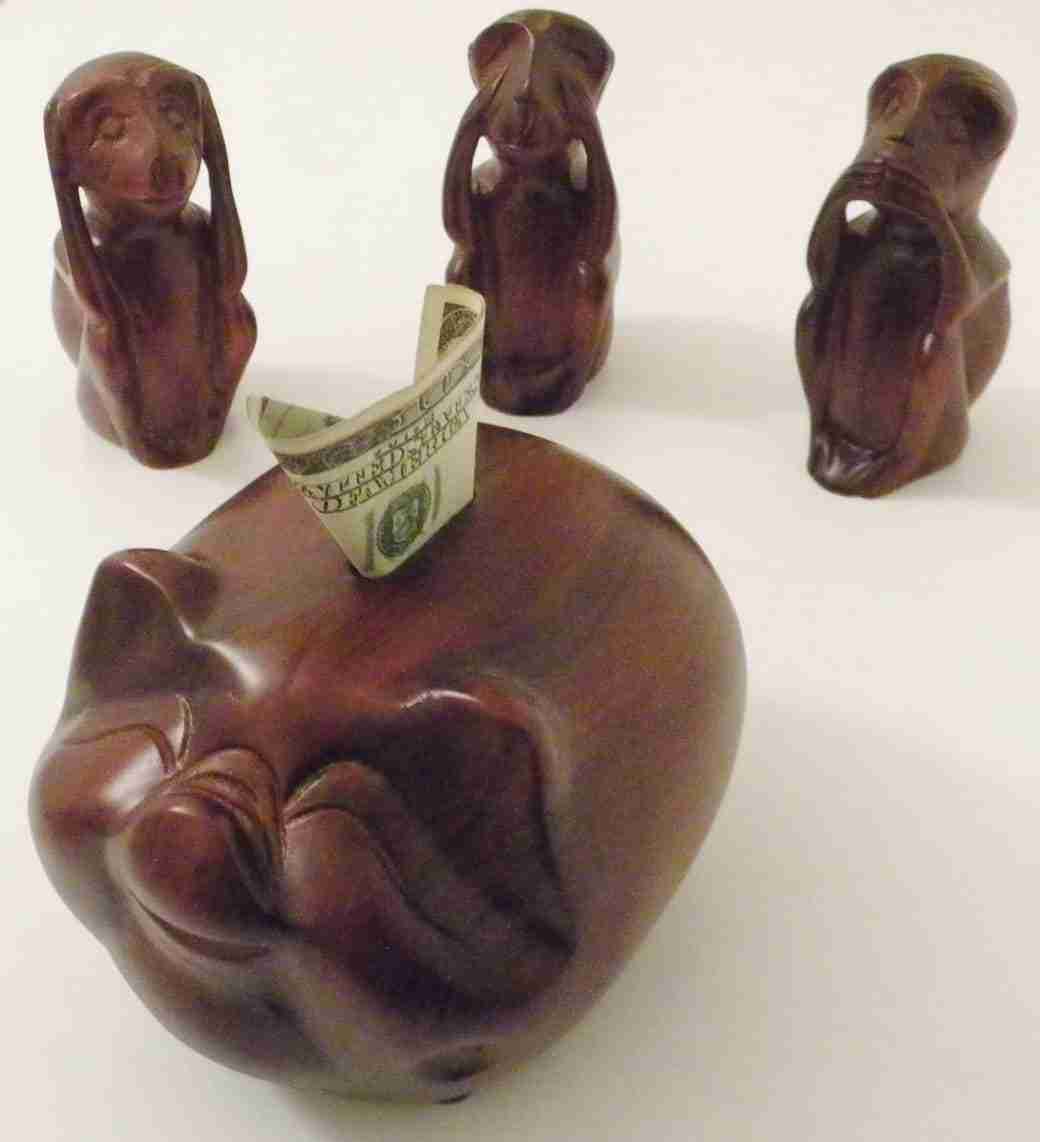 We have opted to hear nothing, see nothing, say nothing and do nothing. Our poor choices keep the pseudo-saints of Qom in power and betray the future.

Chronicles from Iran » Repression » Poor Choices in Politics of Iran

Part I. Politics of Iran: Propaganda

What is the use of our independence from foreign powers when the home-grown organised robbery does as much and is even worse?

Corruption in Iran has been endemic for centuries. We have blamed foreign influences, British and American, as the driving force behind this phenomenal cancer of our society. They were convenient excuses in denying the ugliness at home. We have claimed to be the victims to the vicious foreign machination and made noises about dirty colonialists.

Now what? The Islamic Republic has grown in the bosom of Iran.

Sadly, we are remarkably pliant when our personal gains are involved.

Many of us Iranians are aware that the country’s economic problems are largely the by-product of mismanagement, failing judiciary and corruption rather than the long term effects of sanctions and international embargo.

We cope with corruption on a daily basis. It starts by little baksheesh given to the building janitor for extra services that would be detrimental to other tenants, or the little something for a pen-pusher to speed up the review of our dossier. It grows in size with powerful gangs infesting the country’s financial and economic sectors on a large scale.

Abroad, the majority of people associate the theocracy with the violence reigning in our country. The government represents the country. Khamenei, Rouhani, the ayatollahs and IRGC commanders are the “faces” of Iran abroad. They symbolise hate, revenge, misogyny, and necrolatry.

This hurts our nationalistic pride. But, the 5-6 million-strong diasporic Iranian communities have nothing to offer for changes toward betterment.

Whose alternate faces can represent the Iranian people?

Which political expression can symbolise tolerance and pragmatism, of better days to come?

Where is the leadership for the future, a leadership that does not promise the blue moon, but pragmatically faces the realities of the country and makes the compromises needed to move on?

There are no answers to these. We do not want and we cannot be bothered to find a comprehensive solution to our ills.

The political apathy that has afflicted us is the product of our social indifference to the plight of our fellow citizens. This is something ingrained in our culture that we have yet to accept exists.

The passing of the past four decades, in which the Iranian theocracy has sailed full mast, shows that we are not interested in justice, and even less in free will. These notions imply taking up responsibilities as citizens. First and foremost, we need a judicial system in which all are equal before the law.

Acknowledging our common duties, and making mistakes in a path we have yet to explore, could only make us as a nation stronger in overcoming difficulties.

We are infantilised by our own culture of Iranianess, something that we are unable to define unless we look in the rear mirrors with nostalgia, and hope to use the reverse gear in history. Deep in our psyches, we are waiting for a miracle, a supra-power that would make changes in our lives.

Our society is not able to imagine a new future; nor prepare the grounds to fulfil the demands of the next generations that must be socially united to overcome difficulties by themselves.

Inaction is one of the poor choices of immaturity. We need to develop our imagination and let a leadership toward a welfare state take root. This needs consensus, pragmatism and reflection; hard work.

In the late 1970s, the latest camera for film photography was proudly carried by its owner, the cathodic TV had its place of choice in the living room to be admired by visitors, and the table Bakelite phone with its rotary dial was the window to the world.

We thought consumerism was modernity.

We divorced the monarchy. Overnight, we remarried. This time to the theocracy, more treacherous, dictatorial and bloody-minded than the monarchy. The evil of dictatorship has no limit at which it cannot get worse.

Today, we have smartphones with tens of apps installed, some absolutely useless within the filtering and censorship of the Iranian communication networks. However, we proudly compare our devices, take selfies and start fires in many pans by using social media.

As we live through an early chapter of the digital age, we must ask ourselves: what have we done to obtain the justice and freedom we so much yearned for forty years ago?

We still think that consumerism is modernity.

The social media accounts are filled with too much prattle and cackle, replacing the endless exchanges of rumours and conspiracy theories over tea in the time that the Internet did not exist. Of course petitions are signed and declarations are made by courageous individuals. But, how many militant citizens are behind each signatory in a sustained move? A thousand? A hundred? A dozen? Fewer?

Failing to adapt to the social needs and the broader changes of our times has created a cultural snare based on the Islamic traditions and the Iranian illusion of grandeur. The pestilence of corruption is at home, nowhere else.

The wrongful conduct of the depraved Iranian judiciary has seldom been a concern to a large number of citizens. By being neutral in situations of injustice, we have chosen the side of the oppressor.

When we can escape from the trap of the judiciary without much damage when we are entangled in an affair, we feel relieved and fly from the scene, even if our right was violated.

If as a nation we were true to our words, to our pride in our culture, we must be angered by the indecency of the Islamic Republic, outraged by its inhumanity, and ired by the indecency of cliques above the law. We should have been organised to have uninterrupted political activities toward a consensual vision, by using all the means of peaceful social disobedience.

However, sustained demonstration, march, protest, boycott are not our ways of doing. Our way is to shed a tear or two, and chanting: my heart aches for Iran.

Compared with the power of theocracy, these actions are ludicrously truncated and ineffectual as to be useless.

Then what? Our poor choices keep the pseudo-saints in power.

Which Flag-bearers of Hope?

Those executed by the Iranian judiciary cannot cry out for justice. Those imprisoned have little means to make themselves heard. It is our duty, as those who have the freedom, to make ourselves heard for them. We should yell for justice for our fellow citizens till the skies hear us.

We should be angry when we face injustice, when we are asked to pay for our basic rights to be respected, we should be furious when the pseudo-saints, all those ayatollahs (verse of God), Hojjatol-Eslams (authority on Islam) and the myriads of unproven Seyeds (descendants of the prophet Muhammad) have received payments for trampling over our rights.

We have, for far too long, accepted to live through injustice without anger, in silence and apathy. Denouncing privately, shedding tears on the innocents treated with contempt by the regime, but sitting on our hands once the tears have dried is not enough.

Being apathetic, a condition that some call incorrectly apolitical, is one of many poor choices we have made. We are immoral as well as unjust. It is an abdication of our responsibility and a betrayal of the future.

Do we still believe in the revolutionaries that described their theocracy as the government of God?How did it turn out to be a Corruption on earth?

As Covid-19 is still raging in our country, the infallible God’s representative on earth, Ali Khamenei, in the twilight of his reign, has told us that we are on our own, because God has obliged us to feel responsible for our own health.

He has opened the door in mentioning collective responsibility. We should grab the opportunity and go further. With the injustice raging in our country, we must feel responsible for our own country.

The Cyrus Cylinder was 2500 years ago. We mustn’t just brag about it. If Cyrus brought together many people from different faiths and origins to live peacefully in an empire in which justice reigned, shouldn’t we today fight back against the opaque and putrid injustice in our country in his name?

Instead of keeping up the façade and cultivating pretence, shouldn’t we reflect on the motives that push thousands to flee the country because living there in harmony is impossible?

Nonetheless, fleeing the country and taking refuge elsewhere solve none of the deep-rooted knots of our country or shed light on the dark sides of our culture. We do carry them with us. Do we feel hopeless in finding remedies?

Out there, somewhere, do flag-bearers of hope for our country exist? Are we even interested in listening to them if they had something to say?

In the last forty years, we have surrendered to our weaknesses. If our desire is to have a strong country, we should search and find the leadership that would tell the truth and strengthen our bonds as a nation united in its diversity.

The floods are breaking the virtual dam in which years of crass incompetence and twisted declarations from the morons, the ayatollahs, have been cumulating.

Brainwashing in Iran from cradle to grave; babies, toddlers, pupils have to play their part the national spectacles directed by the ayatollahs. 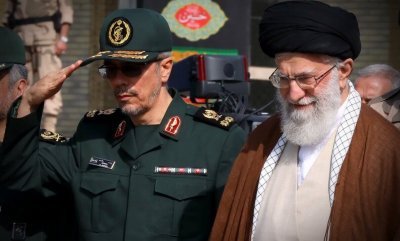 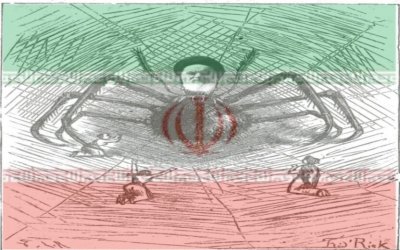 We would not stay prisoners to religion if we accepted that everyone has the right to choose freely one’s religion or philosophical convictions in peace.