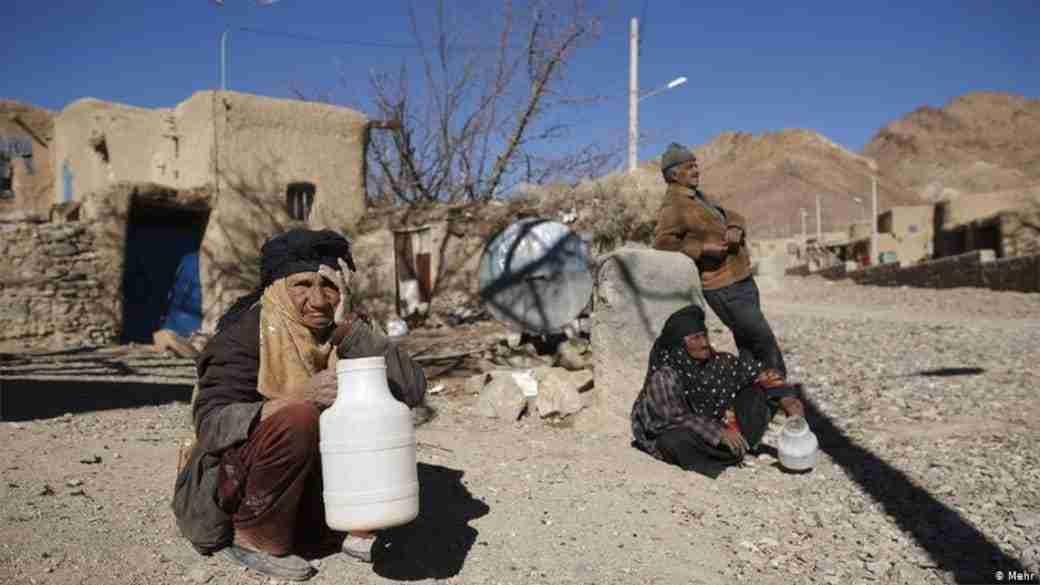 The real outcome of forty years of the Islamic Politics of Iran, manufacturing poverty.

Year in, year out, have we witnessed any transformation in the politics of Iran and the people’s political culture?

Have we learned something from our social errors that affects how we perceive our society?

Have we tried to understand our millennial culture?

We are happy to boast about it, but we are unable to show its tiniest effect on the actual situation in our country. Riveted to a partisan past, we cannot envisage the future or work together in harmony for the radical changes long overdue.

We all know, or we are supposed to, about the Cyrus Cylinder, written in the name of the Achaemenid king, Cyrus the Great, in the sixth century BC.

Was the king’s declaration a piece of propaganda with limited scope and intentions of the declaration of human rights, or a perennial framework for a mosaic of people peacefully living together under the Achaemenid Empire?

The last king of kings of Iran /شاهنشاه and the Velayat-e Faqih, the actual regime of the divine rule, have dubbed the cylinder the first declaration of human rights in the world, today generally accepted by the Iranians as a fact.

Suppose we could be proud of a text written 26 centuries ago, what are its fingerprints on today’s depraved Iranian judiciary? Does it herald unbiased and fair justice for all under equitable law? Is it the protector of our civil liberties and human rights?

In no way, shape or form.

In today’s Iranian mayhem, the Cyrus Cylinder is no more than an old piece of broken clay, an alibi to hide our present failures by talking grandiosely about the past, thus perpetuating a propagandist culture.

Officially, Iran is a republic: the president is elected to run the executive, the elected parliament is in charge of legislation and the judiciary would independently dispense justice to all.

But, aren’t we aghast at what we see in our daily life? Aren’t we angered at the spread of greed, failed economy, malfunctioning society, depraved judiciary and extended incompetence at all levels?

The “Islamic Republic” has perverted two words: Islam and Republic. Islam is the maximum subjugation by means of brute martial force, and Republic barely serves to conceal authoritarianism under a fig leaf, giving the illusion of democracy.

Islam is represented by one man: the Supreme Guide, a malign tumour that has never permitted the healthy tissue of republican flesh to grow.

Under the religious glass-dome, the Islamic order / نظام اسلامی, the religious elite and their ability to maintain power are based on deception, fraud and lies. Wouldn’t a healthy and dynamic people be sick and tired of this Islamic order?

In the politics of Iran, when blessed by the Supreme Guide, all manners of deviant interconnections and pervert interferences are permitted.

In essence, the Islamic Republic was designed as a Shiite feudal system, a combination of despotism, androcracy (phallocracy) ruled by God’s infallible emissary on earth, the megalomaniac Valiy-e Faqih. The regime has matured into kakistocracy, necrolatry, and military–colonialism dictatorship.

Within the politics of Iran, the constitution gives the Supreme Leader all the power to be above the law. Thus, he breaks the basic rule of human rights as he deems proper, and acts with contempt against the fundamental concept of the republic: the separation of powers.

The moral bankruptcy of the theocracy, uncontrolled in essence, is the more glaring since the corruption has spread in the country at all levels, and the conflicts of interest among the clerics and their cronies have bogged down the country. All is done in the name of God.

None of these elements are new. They are repeated endlessly abroad and in the privacy of our homes.

Let us to look at them from another perspective. Why have we as a proud nation, heirs to Cyrus, put up with the despotism, a cancer, in various malign forms, for centuries and especially the last four decades?

Aren’t we infantilised by our own culture in which a paternalist figure is paramount to our conception of our society and politics?

Haven’t we chosen the path of intellectual laziness and victimisation to hide our inability to confederate for betterment? Have we the willingness for changes and improvements?

The politics of Iran work on a few social axes, detrimental to freedom, social and economic evolution, in polarity to the notion of Republic.

One such axis is to pretend to back justice for all but use all the means to bend it in favour of personal or clan gains. As soon as our problem is somehow solved, we look away; the issue for which a collective answer must be found ceases to interest us. This is our focus in this paper and the next two.

Today, we live amid human rights abuse without anger, worse comes when we justify or deny their existence altogether.

Presently, we are immoral as well as unjust.

If the human rights are believed to be protected by the Iranian magistrates and wrongdoings punished by law, then Cyrus must turn in his grave.

After decades, we still hear the words of the religious marketeers resumed in one slogan: استقلال، آزادی، جمهوری اسلامی / Independence, freedom, Islamic Republic!

The slogan is putrid.

The prevailing religious dogmatism is a recurring attack on independence of individuals, unions and the ability to make choices. Free thoughts and factual communications are dirty words.

Iran has a pathetic record of human rights violations. Don’t be fooled by the references to Islamic values or by the aspect of the man in charge wearing a frock and a turban.

The depraved Iranian judiciary is the hand of the Valiy-e Faqih, brandishing the weapon of law against the citizens. The other hand, tattooed with MOIS, IRGC, and Bassiji words, holds a gun aimed to arrest or fatally shoot the people. This hand catches the culprits, passes them over to the other hand, the judiciary, to finish the job by giving it a legal form under Islamic laws.

There is a long catalogue of human rights violations legalised in the Iranian codes and endorsed by the Islamic jurists of the seminaries min Qom.

Labour rights defenders have been jailed for many years. No citizen has the right to pacific assembly and free expression. Cartoonists, bloggers, fringe journalists are convicted of insulting Islamic authorities, sacred beliefs and cooperating with an enemy state. The anti-government activism that criminalises anyone with any magistrate’s whim.

The executions of underaged people and members of minorities are countless. Lawyers defending human rights are imprisoned and flogged. Hostage taking by abusive imprisonment of dual-nationals and foreigners is rooted in the Iranian diplomatic process.

Broadcast of false and forced confession, harassment and arrest of family members, torture, and refusal of medical treatments are habitual means of coercion when one is in the claw of the judiciary.

As an Iranian citizen, have you ever thought of the indecency of the false and forced confession broadcast on Iranian TV, as if one is watching a reality show, a football game?

According to reports, 860 forced confessions were aired in a decade. Did we hear of growing protests and indignation inside the country aimed at this routine practice that starts with بسم الله الرحمن الرحیم / in the name of God?

Why are the windows of IRIB buildings not stoned? Or the journalists and producers of forced confessions not hiding from thrown rotten eggs, tomatoes and used shoes?

Were these actions not encouraged by the revolutionaries in 1979?

The media, cherished by anyone believing in democratic values, is not the Iranian fourth power. It is simply another means of despotism in the name of God using dirt cheap propaganda. Since it takes a fool to take their lies as facts, rumours, unfounded personal opinions, and elaborated conspiracy theories fly.

The social shame is when the Islamist fanatics have the zeal and commitment, but the sensible souls are moderate and self-effacing.

The Iranian codes are undoubtedly in the men’s favour since the necessity of protecting women from domestic abuse and honour crimes is strongly rejected by the villains and the crackpot eccentrics of the regime. For them, if women were to have more rights they would abuse them. Worse, something totally unacceptable in a pious Shiite society, a man challenged in court for domestic violence and revilement, loses his manliness.

When the depraved Iranian judiciary is an active forum for nepotists, fraudsters and hangmen, what can we expect from other institutions of the Islamic Republic?

When a wrongdoing is committed, how can one seek justice?

Who or what is protecting one’s rights when the justice system itself obeys the rules of the game in satisfying the dubious intentions of the Shiite hierarchy, the only formation acceptable in the politics of Iran?

In the past few years, the parliament, worried about some legally vague aspects –arbitrary aspects is a more suitable phrase – of the waves of arrests and condemnations, passed bills to legalise them.

But, the process was not good enough for the Valiy-e Faqih. The new Iranian parliament was voted in on the lists approved by the regime.

President Rouhani and the flocks of the self-styled reformists (although it would be difficult to name one that would stick to his ideas), together with their diasporic heralds, were sidelined, to the surprise of no one, even to the people little informed about the politics of Iran.

Do we expect the newly named deputies to represent the population’s welfare? They will only obey their masters in turban, as the previous assembly did. 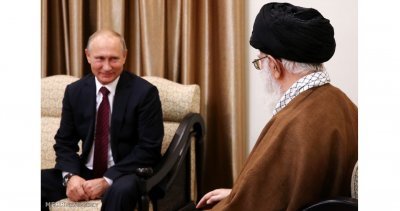 By fuelling the hubbub on the nuclear deal – JCPOA, Khamenei minimises the relations with Putin’s Russia and stays mute on the Syria’s catastrophe. 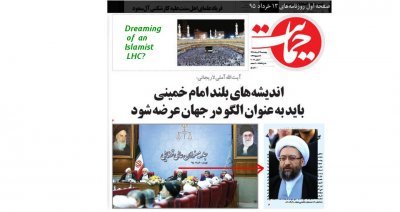 Sadegh Larijani had run the Iranian judicial power and affairs for the Leader, Ali Khamenei. No one is shielded from wrongful arrests in years to come.

Evin prison was visited by the foreign ambassadors in Tehran to be told lies by the theocracy. In charge of the grotesque show were the Larijani brothers.