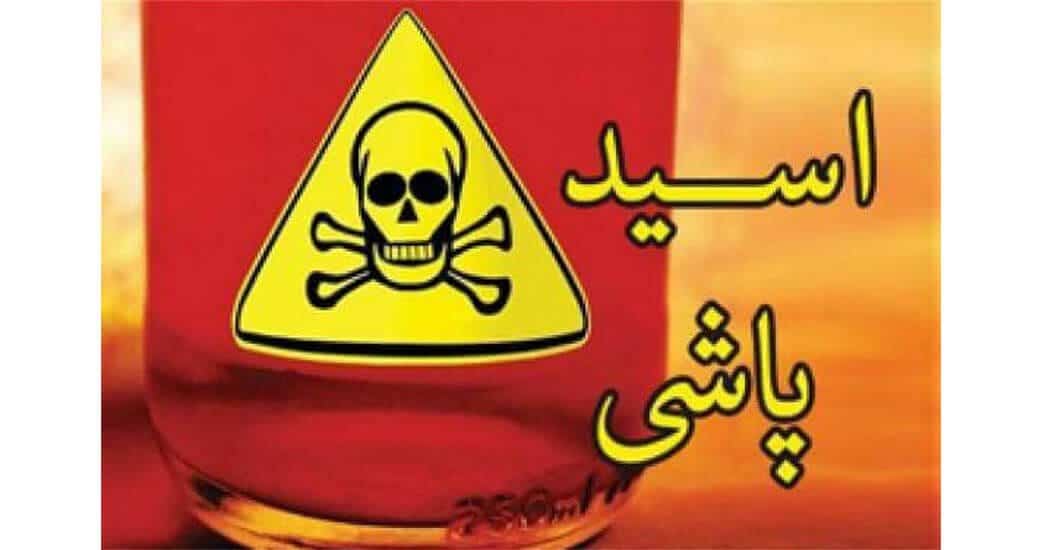 Are acid attacks on bad hijab women resulting from Amre be ma’aroof ?

Isfahan, Nesf-e Djahan. This is what your Iranian friend will tell you proudly: Isfahan is half the world.

Since a fortnight ago Isfahan has been shamed by the application of the Islamic morality of ayatollahs.

The henchmen of the real bastards, Haramzadeh, who we call ayatollahs, have thrown acid on women whose outfits displeased them.

Acid-attacks on women are a pastime for any redneck Islamist. It is a common and cheap act of violence against women in Afghanistan, Pakistan and Iran … etc. It seems as if throwing acid on a woman is a part of the Sharia, the Hadith and all the garbage that muftis, mullahs and some doctors of Islamic ideology are feeding the herds of scared and ignorant Muslims in ISLAMIC countries to chain them.

The Iranian Hezbollahis used acid in 1979, too. After some 25 years of little freedom from the traditional enslavement, Iranian women were not so keen to be veiled and muzzled. Acid-attacks on pretty faces were one of the ways Khomeini’s followers would prove the Islamic high moral standards and subdue women. Another method was stoning, now subject to international protests, seemingly replaced by hanging. Remember Reyhaneh.

Acid-attacks, stoning: these are methods devised and used by savage beasts, like those converts and followers of ISIS (Daesh) in Syria and Iraq.

In implementing the nauseating theocratic tyranny, hundreds of thousands of he-Iranians, brothers, husband and fathers succumbed to silence, inaction and cowardice. They did not stand by their sisters, wives and daughters either in 1979 or later, ducking out of a justified fight, a civilised cause.

In Today’s ISLAMIC Republic of Iran under the presidency of the allegedly “moderate” Hassan Rouhani, women are experiencing another spell of acid-attacks. It started in early October, when the pervert ayatollahs’ emissary, the interim Emam-Djomeh of Isfahan, Mohammad -Taghi Rahbar, asked the brainwashed diehards to apply Emam Ali’s saying Amre be ma’aroof – Nahi az Monker – enjoining good and forbidding wrong.

In October, the self-appointed imbeciles as the “guardians of vice – bassijis”, blessed by the Islamic establishment, as displeased as they were with “light” wear, went to the streets and threw acid on young women’s faces. Similarly, many pretty young women were threatened with the same treatment by phone, sometimes by a neighbour to sate his lust.

This time, people protested in Tehran and in Isfahan and were not to be deterred. They were mostly women, no surprise.

This time, the bastards ruling the country gave in to some extent. Acid-Pashi, acid-attacks, are now a national issue.

A search for اسید پاشی, using the Farsi keyword, will show the extent of the tragedy in recent weeks.

As always the bastards, the ayatollahs are masters of disinformation and manipulation.

For a start, the Emam-Djomeh of Isfahan, Mohammad-Taghi Rahbar, changed his version: “enjoining women to wear decent outfit should have been only verbal – Lessani.” He seemed to have forgotten that the official propaganda for Amre be ma’aroof – Nahi az Monker had started earlier this year in spring. Please read Iranian media and news sites for the late April- early May 2014 editions before they are deleted by censorship.

Faced with more protests, the government officials went into action, visiting “innocent” victims at the hospitals. Great compassionate shows, à la Islamic Republic of Iran, with television, radio and press coverage. The wheels of the police force and the judiciary started to move.

We will chase the culprits. Oh yeah?

We found the felons… Wow!

A poor mad woman in Kermanshah, a few vagrant drug addicts here and there, are going to be charged with the acid-attack offence.

Some victims’ reports were deemed false or unfounded by the police and dismissed. Great sense of justice from the Islamic judiciary.

As from a couple of days ago, Ayatollah Seyed Abol-Hassan Mahdavi, another ad Interim Emam-Djomeh for Isfahan, took a new stand: “Acid-attackers are not pious Muslims and should be punished. The culprit, or the culprits, are instruments in the hands of the foreign Intelligence / espionage services and play their games […].” He added: “The BBC is under the Bahai influence; we should be vigilant and prevent their antagonism disrupting the peace and the discipline in our country.”

The head of the Iranian human-rights committee, a fool in his own right, Mohammad-Javad Larijani, promised the world “to cut the hands of the westerners involved in the acid-attacks.” [sic]

The supreme Leader, Ali Khamenei is shutting up, leaving his underdogs to clear the shit … for now.

After many days, the number of victims is reduced to “four” in the whole country as some Iranian news agencies report, and the felons are clearly going to be the foreign spies helped by Bahai and the BBC.

Watch out! Once more, the Iranian paranoia is in full swing, and the conspiracy theories are blooming.This acid episode is going to deflate, like many others did before. My fellow Iranian citizens will go on feeling they are a great nation and the heirs to the great civilisation left by Cyrus, resting on bygone laurels.

What matters is our deeds now.

In Iran we hang, we throw acid at women, we admire the ayatollahs’ hypocrisy … but all the culprits are to be found in the West. We are always as white as lilies.

The public prosecutor: “Enjoining good and forbidding wrong” is the foundation of an Islamic State.

Is acid-attack is enjoining good – Amre be ma’aroof ?

“Come and see the beauties of Isfahan” Iranian travel-agents will say to attract wealthy European tourists that would not give a dime to the Iranian human-rights activists.

Will visiting Isfahan include having tea with victims of the acid-attacks too? 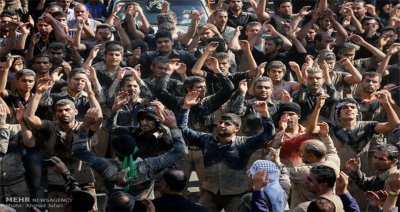