A depraved judiciary is the blade of the Islamic order. Those who govern us are of no use at all for they are tyrannical, corrupt, and highly incompetent.

The depraved Iranian judiciary has two main tasks: shielding the feudal Shiite hierarchy and treating with delicacy their favoured webs of corrupts from the attacks of potential rival groups within the regime.

Protecting the Shiite hierarchy by all means and to the detriment of the population’s rights.

The magistrates systematically approve the violations of human rights by the security forces and abuse the interpreting of the law to enforce theocratic dogmatism in politics, social oppression and violence. The critics of the regime are said to be anti-government activists, apostates, enemies of Islam, mercenaries, and spies of foreign powers.

As soon as the security forces arrest someone on politically motivated charges, an incriminating file is pieced together, a revolutionary judge named. For more than four years, a note added to article 48 of the Code of Criminal Procedure has stated that in criminal offences, defendants should choose their lawyers from among those who are approved by the head of a depraved judiciary.

The defending attorneys can be restricted in accessing their client, at the discretion of the magistrates, and often banned from the proceedings. If the attorney persists, he/she gets arrested, sentenced to incarceration and flogging.

In four decades, how many women, mothers, sisters, and daughters have been condemned for bad-hijab? How much money has exchanged pockets to walk them out unharmed from the Kafkaesque procedures of the depraved judiciary?

I still have to hear that the rights of the minorities are protected and they are equal to male Shiites before the law.

The worst form of injustice is pretended justice, in our case, the Islamic Justice of the Islamic Republic of Iran.

Proud of the Cyrus Cylinder? As a nation of justice lovers, as we like to call ourselves, we should be making a mockery out of the head of the depraved judiciary, if we were true to our words.

We have given up on this, as a nation, as citizens and as parents.

The judiciary system is not facing a couple of occasional bad eggs and rogue clerks. It oils the mechanism behind the fraud, deception, trickery, cheating, hoaxing, subterfuge, stratagem, wile, ruse, artifice, swindle, spoliation and racketeering that are felt and seen everywhere, at various degrees and levels.

There is not an honest, unbiased character in the judiciary. To climb the professional ladders, one needs the tricks most valued in the Shiite hierarchy: flattery, hypocrisy and the ability to name your price in a manner that cannot be refused. The depraved judiciary power is an accelerator of corruption. Bribes and irregular payments are often exchanged in return for obtaining favourable court decisions.

This can be a one-off case, such as settling a neighbouring dispute, or a complete set of financial bodies, import-export businesses and real-estate transfers.

We have capitulated to greed and corruption, as a nation, as citizens and as parents.

High profile authorities and lesser known, but influential, middlemen are regularly named in corruption scandals. As one case chases the next, for a while, speculation and rumours runs high before deflating. The media report parts of the story, when they must and are permitted to do so, spotting the adversaries to be eliminated, protecting others in the shadows, related to a more powerful clan not to be named. The fundamental questions of the mechanisms that permit the formation of the corrupt circles are censored and never talked about.

Ayatollah Sadeq Larijani, the previous head of the judiciary, was in possession of personal bank accounts filled with embezzled public funds. These days, Akbar Tabari, the executive vice-president of the judiciary during the period of Sadeq Larijani, and more than twenty other defendants have been charged with conducting extensive criminal activities for nearly two decades by maximising financial gains and exercising administrative abuse and influencing both the judiciary and the governmental bodies.

For decades, the Ministry of Intelligence (MOIS), so clever in detecting the malicious behaviour of dual-nationals, journalists and academics, social media users and teens full of life, has seen nothing to worry about. Certainly the businesses were lucrative for all the parties involved.

A defendant in the case, a judge bribed to gag the press, fled the country. He was arrested in Romania by Interpol. A few days later, confined in a hotel room in Bucharest, he was found dead, out and below his window. Accident, suicide or murder? The investigation is underway and questions are asked about a very convenient and timely death.

He was a judge only in name, but in reality he was a tool of oppression for free information and the media in Iran, said Reza Moini, the head of the Iran department of Reporters Without Borders.

The bribery case being tried these days, and those before it, is not for fact finding, or extended anti-corruption actions, or for devising a better governance within the judiciary.

As the influence of Ayatollah Sadeq Larijani and Co. diminished and Ali Khamenei faltered in supporting him as the Chief Justice, he fell together with his men within the institution. In ten years as the Chief Justice, he claims to hold the secrets of group of associates, deputies, officials and personalities, together with their offspring. Can he be reborn from his ashes like a phoenix?

A year ago, Larijani was replaced by Hojjatol-Eslam Seyed Ebrahim Raisi, a mass murderer, a medieval inquisitional prosecutor. Heading the depraved judiciary is undoubtedly a place of choice for an executioner who has been handsomely rewarded by the regime for the services rendered.

Within the present Iranian standards in politics, he is highly qualified to be the next Supreme Guide of Iran as soon as Ali Khamenei and Ruhollah Khomeini are united in paradise.

Till then, Ebrahim Raisi and the IRGC commander, Hussein Salami, have a romance. The latter praising the former for “fighting back corruption” and underlining his readiness to fully cooperate with the judiciary in dealing with criminals. The commander added: [The people see the judiciary power as] their real refuge in the administration of justice, the restoration of public rights, and the serious and decisive struggle against oppression and corruption.

The day before, Raisi had this to say: Corruption is not a usual practice but an exception. […] We will not allow public opinion on the Islamic Republic and its judicial system to be distorted into believing that corruption is everywhere.

Do Boomerangs come back?

Let us piece together some of the preachings of Khomeini on The Governance of The Jurist, Velayat-e Faqih, Islamic Government and particularly on corruption. When he formulated these lines, he had the monarchy in mind.

However, the wording fits wonderfully for the conditions in which the Valiy-e Faqih operates.

Khomeini was concerned about defining corruption on earth: a broad term including not only moral corruption, but also a subversion of the public good, embezzlement and usurpation of public wealth.[…]

[…] A believing, pious, just individual cannot possibly exist in a social-political environment of this nature, and still maintain his faith and righteous conduct.[…] We have in reality, then, no choice but to destroy those systems of government that are corrupt in themselves and also entail the corruption of others, and to overthrow all treacherous, corrupt, oppressive, and criminal regimes.

[…] The hungry and deprived have constantly struggled to free themselves from the oppression of their plundering overlords, and their struggle continues to this day. But their way is blocked by the ruling minorities and the oppressive governmental structures they have.

[…] Those who presently govern us are of no use at all for they are tyrannical, corrupt, and highly incompetent. […] the expressions of opposition […] are also useful in themselves, for they make the masses aware of the corruption of society and the wrongdoing of the treacherous, sinful, and irreligious rulers. The people will then rise up in revolt and refuse to collaborate any longer with the tyrants or to obey corrupt and treacherous ruling powers.

Look at the religious teaching centres […] you will see negligent, lazy, idle, and apathetic people who do nothing but discuss points of law and offer their prayers, and are incapable of anything else.

[Their] foolish ideas […] are characteristic of those who are known as saintly but in reality are pseudo-saints, not true ones. […] These persons […] are totally unaware of the state of society, and if you want to do something—take over the government, assume control of the Majlis [parliament], stop the spread of corruption—they will destroy your standing in society. Before everything else, you must decide what to do with them.

[…] Our youths must strip them of their turbans. The turbans of these ākhūnds, who cause corruption in Muslim society while claiming to be fuqahā and ‘ulamā, must be removed. I do not know if our young people in Iran have died; where are they? Why do they not strip these people of their turbans? I am not saying they should be killed; they do not deserve to be killed. But take off their turbans! […] These ākhūnds, these reciters of “Greater be his glory!” to appear in society and move among the people wearing turbans. They do not need to be beaten much; just take off their turbans, and do not permit them to appear in public wearing turbans. The turban is a noble garment; not everyone is fit to wear it.

Going back to some of the lines of Imam Khomeini?

Reading about corruption and following the nth episode of the injustices taking place in the Iranian courts will certainly not make us a brave militant of human rights – but it is a step forward.

We have to find a way out of this Islamic mayhem as a self-confident and decent nation ready to fight for its rights.

Finding our path toward a new political system away from any form of dictatorship is far from certain.

Four decades of Islamic Republic have given us plenty of time to envisage things differently. We should stop wasting our time and shrug off apathy and despondency. 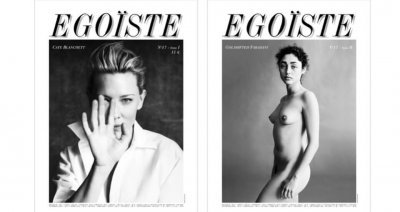