Sadegh Larijani had run the Iranian judicial power and affairs for the Leader, Ali Khamenei. No one is shielded from wrongful arrests in years to come.

This piece on the Judicial power was written in 2016. Since, Sadegh larijani has been replace by Ebrahim Raisi as the head of Judicial power. Things have gone from bad to worse.

However, despite a mounting protest, muted in Iran, but louder abroad, nothing has changed significantly. If one criticises the Iranian regime, in no time the critic is treated as “the enemy of Islam”. This is how Political Islam works.

The depraved Iranian Judicial power has two main tasks: shielding the feudal Shiite hierarchy and treating with delicacy their favoured webs of corrupts from the attacks of potential rival groups within the regime.

The horror gallery of the Judiciary reflects an arbitrary justice. Notwithstanding the soaring number of hashtags and tweets decrying disgrace and monstrosity within the system, the key elements of injustice, prosecutors and judges follow their unspeakable task of false accusations and forced confessions, and bundled in the sameprocess, the defence lawyers are also jailed.

The judicial power is run by one Ayatollah Sadegh Larijani. His brother, Ali Larijani is the speaker of the Parliament (Majless). Another brother is charge of covering up the human rights violation of the regime.

Among all the rags published in Iran, one is the herald of the judicial power, Hemayat paper. This power that enforces the Iranian Revolutionary dogma, has nothing to do with justice/fair trials/arrested and prisoner’s rights. Its main craft is the tracking the imaginary enemies of the Iranian theocracy, oiling the executions machinery, keeping the arrested uncharged in solitary confinement, hiding the dual-nationals in remote provincial prisons and holding monkey trials in which the judges and prosecutors are his in-laws and the defence lawyer has no proper access to the case/evidence and often ends up in jail too.

This Sadegh Larijani, in line with other Iranian officials, such as the president Hassan Rouhani, declared:

“The great ideas of Imam Khomeini must be presented as models to the world”.

We wish the rest of the world good luck, if this ever happened: there would be no music, no art, no festive parties. Millions of books would be burned. The history would be rewritten to fit the thoughts of regional and national despots in which the Islamist assassins are the heroes. People would be hanged, stoned or flogged. We would have to know the Koran by heart to become a professional in any domain, even building a dam. And women in all this? Such a small matter…

After all, the Iranians have found these things to their tastes for the last forty years. The Khomeini’s legacy runs the country. They have built their life in a cloud of lies and corruption, called complaisance. Those who hated the legacy have taken refuge abroad, where the Iranian theocracy dreams of enforcing it.

Larijani much extended family have run the Iranian judicial power and the Iranian affairs for the heirs of Khomeini for many years.
Too bad that the Iranians are even less likely to build an opposition power to the ayatollahs that a simpleton has the possibility to solve an integral.

The media, including those published in the most democratic parts of the world, told us that elections of the “moderate president” Hassan Rouhani and later the parliamentary “reformists” deputies will open Iran to the world. Ridiculous. 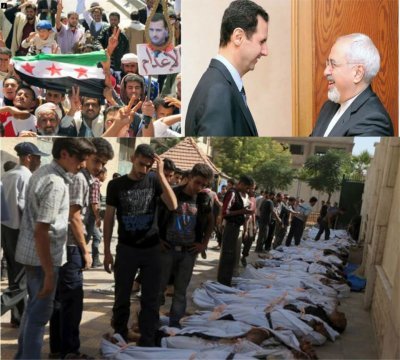 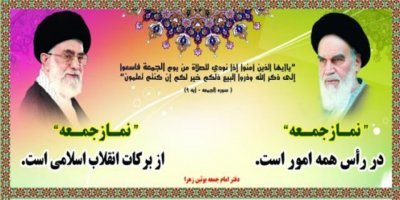