JCPOA's sequel: In Italy, the artworks were covered so the Islamist Hassan Rouhani will not be offended.The Italian government betrayed their own artists.

In Italy, technocrats  betrayed their beliefs, if they did have any.

As the status were covered in Rome, in Tehran, the ayatollahs had a self-satisfied smirk on their faces: “I said the West was to be bought, didn’t I? Facile! wasn’t it?”

The Italian leaders betrayed their artists and sculptors. They denied La Bella Italia.

Why bother to concern ourselves about democracy, freedom, art, and music when they are spat on so easily? The Italians in the prospect signing contracts with Iran, sold their soul and dignity.

They forgot that many of those landing on their shores were victims to the Iranian régime, meddling in Syria. They do not want to know that no refugee is welcome in Iran.

There is one rule in Europe for the penniless refugees looking for safety. There is another one for Hassan Rouhani and anyone giving an illusion or real $K in sight. 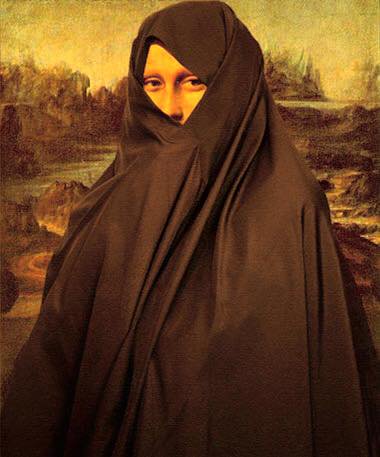 Let us see what the French will do tomorrow. If they play along the same line as the Italians, then one would know for sure that the Human Has No Right in Europe when it comes to money.

Then one would know for sure that «Liberté, Égalité, Fraternité» and the « Valeurs Républicans » are good enough for the naive and have no meaning.

« Watch out for false prophets. They come to you in sheep’s clothing, but inwardly they are ferocious wolves. » (Matthew 7:15)

Does any one at all care to read the Bible in Italy ?

In future, would the exchange of paintings between Louvre and Tehran Museum of Contemporary Art, look like this?

Fanatics in Tehran are a bunch of rotten fruits, but hypocrites in Europe apologising for their culture when they smell money are worse. 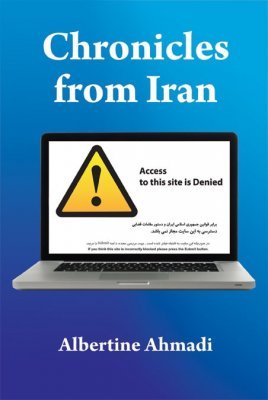