The theocracy thrives on imaginary or real enemies. Today, the Iran's Witches, Dual Nationals are to be hurled into a burning pyre.

Dual nationality has always been a matter of lively debate among lawmakers. Nations are set in a defined geographical area while men and women move between countries either by force (war, famine) or by choice (a marriage or other private or professional perspectives).

Each country has a bundle of laws and jurisprudence to regulate dual citizenship. However, any legal system reflects the political views and the institutions of the country. As international relations evolve and governments become more hostile or friendly toward each other, pressures on dual nationals increase or decrease.

In times of crisis or war between two countries, the dual nationals and citizens from the hostile countries are regarded as suspicious; this a priori judgement is rarely based on an investigation or facts.
By way of example, within hours of Japan’s attack on the US port of Pearl Harbor in 1941, thousands of Japanese-American citizens were arrested and held as prisoners in camps.

In the absence of a war or a major crisis between countries, the spirit of the political system is behind the laws governing the fate of dual nationals. Today in Europe, many people, even in key positions, are dual nationals and the freedom of movement they enjoy is taken for granted. Many are born into mixed families.

What is the situation of a dual national from two opposing political systems?
The dictatorship produces restrictive laws on dual nationality and considers the dual national as a suspect element while the democratic country tends to tolerate and accept it.

Since as early as 1979 and the establishment of theocracy in Iran, hundreds of thousands of Iranians have fled the country and settled in Europe, North America and Australia. They have married and their children have automatically obtained Iranian nationality. Since the advent of the Islamic Republic of Iran, nearly four decades ago, Western governments have been qualified as enemies and their population as corrupt. Despite the tactical adaptations and sweet words when the Iranian authorities consider them necessary, the lines of propaganda, censorship and political oppression have hardly changed since then.

We have already written about the Iranian dual nationals living in the West and how they take for granted the protection of their country of Western origin when they go to Iran. Some were arrested under false accusations and imprisoned until the Western government yielded to the demands of the Iranian authorities. Whatever the assertions of the Iranian judges or the many propagandist academic articles written by pundits of Iranian law schools, these arrests are political.

Since the JCPOA (nuclear deal of 2015), there is another aspect of dual nationality to be considered: that concerning those who live in Iran with their families and lead a professional life there. Insidiously and informally at the beginning, and recently publicly, they have been suspected of being “means of influence of the enemy” in “the key institutions of the country” [sic]. The Iranian theocracy feeds on witch hunts; any minority or social class may suit the purpose. These days the witches to burn on a stake are the dual national residents.

In a nutshell, they are considered spies (the fifth column) by the officials of the Minister of Information and Public Prosecution. Much of what is said in the speeches, by either the Supreme Leader Ali Khamenei or one of his henchmen, and the questions put to the Minister of Information in Parliament (Majles) fuel conspiracy theories and paranoia.

The new Iranian internal wave of crackdown is based on containing the “infiltration programmes” devised by foreign governments, namely the United States, Great Britain, and Israel. The authorities consider that the recruited agents can only be dual nationals. Earlier targets were those who visited the country occasionally. The new prey are the dual nationals living in the country: witches and moles to eliminate for the security of the country.

To survive, an ideology has to weed out the enemy, more often than not, imaginary.

No one can wisely speculate on how the US policy in the Middle-East will be led by President Donald Trump in 2017. For now, given the uncertainties, the Iranian authorities want, as far as possible, to reap the benefits of the Implementation of the JCPOA clauses.
They flex their muscles and are ever more radical in their demands. Prudent, Khamenei declares: “We do not mourn or rejoice at the outcome of the election. Anyone elected is evil. We are ready to stand up to him.”

Lately, the “infiltration programmes” devised by the “demonic” foreign powers (United States, Great Britain and Israel) are debated in Parliament, Majles, and ways to defeat them are explored. Members of Parliament regularly ask the “Honorable Minister of the Sacred Order of the Islamic Republic” [sic] to check the records of government officials or private sector employees to uncover moles and witches: dual nationals.

For them, dangerous moles can only be double nationals. They have “cursed family trees” and must be eliminated as “the weeds that infest good lands”; one of the elected representatives, Javad Karimi-Ghodousi, likes to repeat, ad nauseam, that many are trained by agents of “demonic / خبیث” foreign powers, especially the British.

In fact, up to now, a dozen of these “infiltrators” have been arrested, dismissed or placed under investigation. Would they be used as bargaining chips for some future use? For now, they seem to be only sitting ducks to serve propaganda.

If you searched for the keywords نفوذ دشمن (enemy influence) or جهاد اکبر (great jihad) on the internet, dozens of articles appear. They say more about the Iranian propaganda climate and its policy than any other article published in the West on the benefits of the nuclear agreement (JCPOA), or “sponsored” reports on tourism or any other issue.

A word of warning: it takes a lot of patience and forbearance for the reader to go through the long and arduous texts. Restraint is also necessary when listening to the disjointed and interminable homilies of the Parliament member, said in a poor Farsi as heard from illiterate donkey-men selling vegetables.

The analysis offered by the deputies is parroting the lines of Ali Khamenei, the Supreme Leader. They paper their speech with some ridiculous anecdotes about the targeted person. The latter, necessarily an “enemy”, was present at a seminar in Tehran to which foreigners had attended. Or he had taken part in a conference in Europe and had behaviour contrary to Islamic morality. Or he had exchanged a few words with a “suspicious character” or made a comment on an Islamist propaganda poster.

Changes In Enemy-logy? Not a chance.

Paradoxically, those who have recently been convicted of corruption or embezzlement of public funds are NOT dual nationals. Quite the contrary: they were born in the country, and were raised and educated there. Every one was recommended by an ayatollah.

In Iran, we love grand-sounding titles for our despotic leaders: Qiblah of the World, His Imperial Majesty, the King of Kings, or the Honourable Leader the Islamic Revolution Ayatollah Sayyed Ali Khamenei (said in one go). All these preposterous titles are resumed in one German Word: the Führer.

The omnipotence of the tyrants will last as long as Iranians content themselves with their alms, have petrol for their cars, fall into the fallacious promises of the Ta’arof, denounce the detractors of the theocracy, and adjust to despotism and corruption.
If Iran is deprived of one of these conditions, one could envisage another revolution … and change a despot of divine right for another, as long as he promises the moon. There will be enough people, like the aforementioned Parliamentarians, to lick his boots. Every leader seeks loyalty, even if he has to buy it, but he can only operate with sycophants and mediocrity.

Denouncing tyranny is nevertheless a small step towards equal rights and a state respectful of all its citizens. To consider the slightest change, we need the insight and lucidity of people who can make consensual decisions. Nothing can be done as long as the combination of these conditions remains a pious wish, we believe that the moon is made of green cheese, and we wait for the Mehdi, the Shiite messiah, to come out of his well to save us. 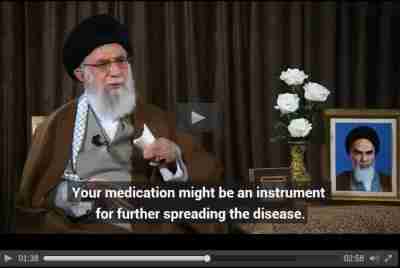 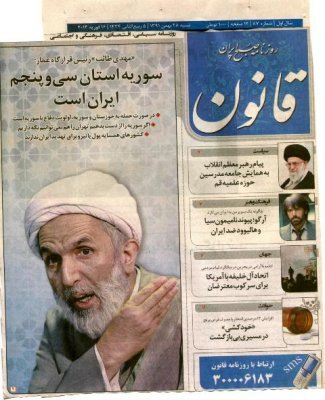