We will waltz with Ali Djoun in future.The phoney Hassan Rouhani is the rag doll of Ali Djoun, is. The charade of rigged elections approved the dictatorship.

The new doll of Ali Khamenei, the supreme tyrant, is Hassan Rouhani. Those who gave their vote and participated in this charade approved the dictatorship. We will waltz with Ali Djoun for years to come.

The 2009 presidential elections were messy. Rigged ballots, the announcing of the great victory of Ahmadinejad before the closing of the polls, protests, and blood on the pavement. Ali Djoun even had to send Ahmadinejad to Russia for a few days, to give him time to re-impose his authority. It was too much for the aging Ali Djoun.

The 2013 elections would be clean for the world to see; worthy of an illusion of democracy. The commitment was honoured. At the opening of the polls on June 14, 2013, the world saw an enthusiastic – but not excited – crowd queuing to vote. Accredited foreign journalists, lily-white, dull and politically correct with respect to the Islamic Republic, did their job: some interviews with voters in English or French to hear their wish for change was all they did. The non-event was politely covered by the media.

Ali Djoun kept his word. He had done everything successfully: in July 2009, moaners were systematically and carefully traced and persecuted, recalcitrant journalists eliminated, and an Internet Halal reinforced. Before the elections, the presidential candidates were carefully selected. A touch of excitement was needed for the chosen man of Ali Djoun, Hassani. What more suitable than a little makeup of “reformist and moderate” for this pillar of Pasdaran?

The West would love him and the Iranians would believe in him; if you repeat a lie enough times, it will become reality. A few sentences of soft criticism before the elections, and the support of two former failed presidents, Rafsandjani and Khatami, set up “a reformer” from scratch. For Ali Djoun, the 14th of June was marvellously serene: he slipped his vote into a private ballot-box (he does not like the mob) amid flashing cameras.

This kind of thing is done in the West, is it not? Filming and photographing bigwigs and asking them to pause with their voting bulletin in hand for the cameras? All polling stations and voters were perfectly supervised, not to prevent fraud but to control the words and deeds of the people.

What was dropped in the ballot boxes was of no importance; even a dead rat would do. Ahmadinejad’s victory was announced before the closing of the polls … far too early, and the score was worthy of a banana republic. In 2013, this kind of debutante’s error was carefully avoided. Throughout the day, the media was pleased to follow the “preliminary results and projections” from the polls. It is done in the West, is it not? This time, there was no way they would give out the result too early.

The good people waited till the next day to learn of what had been decided well before Election Day. This is more credible. Damn! A score of 75–92% will not do for Hassani. The public may be reminded of Saddam, Mubarak, Benali and other autocrats. A happy score of 50.68% would avoid a second round of polling, certainly uninteresting and quite expensive. And if one divides the remainder, 49.32%, between the other five candidates, their score becomes so tiny that the victory of Hassani is undoubtedly overwhelming. Well done! Proud and pompous, the government announced a participation of 80%. Who would check THAT anyway?

Hassani, chubby with white turban – he is not Seyed – talked of openness and change. It costs him nothing; these are the same old tunes from of the Iranian presidents since the 1980s. The West was quick to send Hassani its congratulations. Curtain! The show is over. We can go about our lives under the dictatorship, as we did yesterday.

The charade of the Islamic Republic, the staging of the elections in Tehran, was flawless. Wait a minute! What happened in Tabriz? Ahwaz? Kerman? And elsewhere in Iran? We do not know; Teheranis and journalists did not give it a thought. For them, Tehran IS Iran, better still, the grazing patch of northern Tehran is all Iran. Period. More than 50 millions souls living outside the Iranian capital are of no importance. Who cares about their opinion, their vote, or even their existence?

In spring 2011, the Pasdaran, the military clique of Ali Khamenei and colleagues of Hassan Rouhani, burned houses to the west of Iran. But it is not worth talking about, apparently. Arabs in Abadan and Baluchis in Zahedan were executed? Bah! The made-up dollies of north Tehran and hair-creamed young dandies living on the pasture between Toupkhanah and Kouhestân, including Tadjrish and Niâvarân, are more photogenic, and can express themselves in English and French, even if they do just use is to make asinine phrases such as “We stand up to the West ” and “The new president is an icon of change”.

What a nice performance on June 14, 2013, then. Except that on that day those who voted supported overwhelmingly the Velayat-e Faqih. Hats off to Ali Djoun. We have just democratically approved the continuation of our slavery to the Islamic Republic by crowding the polling stations in Tehran. We Waltz with Ali Djoun.

In the West, the Iranian diaspora, pitiful in politics and anything democratic, were as silent as the dead. A few academics of Iranian origin were found to speak learnedly about the elections. That’s all. The Iranian opposition? Straw from a ruined mud wall. 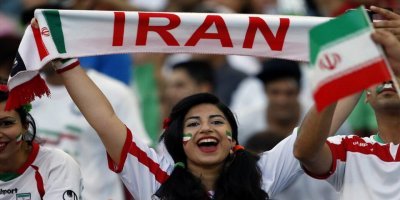 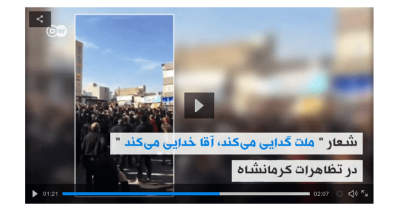