Page link: Chronicles from Iran » Despotism » Elections for the Bad or the Worse

Iran rigged elections for the Bad or the Worse. When it’s a question of choosing between bad and worse, what should one do? Refrain from voting.

The Guardian newspaper published an article titled “Iranian elections: ‘Opposition? There is no such word here’”. It describes the mood among young Iranians during Iran Elections: “Indifference, contempt, cynicism, disillusionment and fear seem to be the dominant emotions among young Iranians [as] they prepare to go to the polls to vote for a new president – or not”. The quotes from today’s young Iranians are similar to those heard before the presidential elections in 2009.

In her book, My Stolen Face (2012), Neda Soltani recounts the presidential elections of 2009 (Mahmood Ahmadinejad): “I will vote. On the one hand, I’m Iranian. On the other hand, when it’s a question of choosing between bad and worse, what should one do? […] When you look back, in every presidential election in the history of this regime, there is a candidate who acts as the villain. A candidate that Iranians hate and therefore decide to vote against.”

The tragedy of the elections four years ago has added another dimension to today’s debates. According to The Guardian: “But we were, and are, important enough for them to spend millions of dollars on anti-riot gear, phone-tapping and tracing technology, CCTV and crowd-monitoring tools, satellite signal jamming and hundreds of other suppression devices to take us down. They are afraid of us.”

Since then, the stories of presidential elections are repetitive and have gone from one unhappy ending to the next. In January 1980, Keyhan, a Tehran newspaper, published an article titled “Who will be the first president of Iran?” . It stated that “many voters have still not made up their minds for whom they will vote.” An Iranian expert said: “The process of electing a president by advertisement, as is done in the West, is not Islamic because it does not give the population time to pause and reflect freely.” The article concludes: “The president must be in the Line of Imam [Khomeini].”

In autumn of the same year, the Mizan newspaper reported the following statement by the elected president, Abulhassan Banisadr: “Those who do not believe [in us] have to look at [our] great society and think again. They must know that our people are not the type who would sit on the fence and let shallow stage managers and conspirators [act]. I will stand for you and for your religion. I will resist and will not fear difficulties.” A few months later, the first Iranian president escaped from Iran and joined other runaways from Iran and refugees in the West.

Thirty or so years later, blessed by the Supreme Dictator, Ali Khamenei, the process of elections is very much Islamic: it is a miracle that we are, as a nation, allowed to vote, and more specifically our women have kept the right to vote. Paradoxically, if we want to be a good Muslim in the eyes of the regime, we must vote. But our freedom in the voting process is limited to writing our chosen name of the candidate with a pen, a rollerball or a pencil. The scenario is written up by the ayatollahs and we have to follow the lines. A bootlicker’s name will inevitably come out of the ballot box as the new president. If we grumble loudly, bassidjis and other killers of the regime will cruelly teach us how to behave. If we complain to the outside world over the phone or the Internet, Islamic louts will be at our door before an email can be downloaded. The elected president of 2013 will fully be in the Line of Imam Khomeini. One of the wicked effects of dictatorship in the name of Allah is the illusion of democracy.

Today, even Tehran’s papers, mouthpieces of the dictatorial regime of the ayatollahs, cannot cover the strong smell of rot. Asrar paper: “Inflation has halved the purchasing power of employees.” […] “Disobeying the instructions of the Leader (Khomeini) is one of the gravest sins.” […] The Djavân paper wrote: “Where is the fairness of traders?! The purchasing power of people is halved.”

The Iran paper went on: “The freedom of thoughts is being overlooked at Tehran University,” and so on. In these conditions, no wonder that indifference, contempt, cynicism, disillusionment and fear dominate young and older people alike.

Voting is a social and political duty of a citizen. It is inalienable. A citizen has the right to vote or not, and no one can discuss it, or object to his choice. Many months are necessary to shortlist candidates from a democratic process. Only then would they have time to present their programme and convince a large number.

It is only a dictator that shortlists eight lackeys and then tells people: “You can vote for Hassani or Hosseini. You have no right to vote for someone else. It is none of your business to know if they have a programme or some ideas on how to run the country for the coming years. You have a couple of days to make up your minds.” In this reactionary situation, voting is ineffectual; it is hopeless. The citizen’s rights are lost when his right to have candidates presented freely before him is taken from him. By voting in such reactionary conditions, voters will only approve the system and send the following message: “We do not like your candidates, but overall we endorse the whole system.” Voting for Hassani or Hosseini has no importance; it will be the same stew. The only difference is the number of voters. The more there are, the greater the victory of the reactionary dictatorship will be.

Over thirty years ago, a generation of naive and ignorant youngsters (the mature generation of today) filled the streets. Since they hated the Shah’s regime, they followed the Revolution. They grabbed and hung on to every vacuous slogan: “ We will bring the oil money to each home” [Khomeini, 1978]; “ Islam’s Justice is superior,” [a thousand and one ayatollahs since 1979]. We have always moved against things or against a man with feelings albeit with no wisdom. There is no happy ending to spurious slogans.

In democracy, there is no such thing as one method. One cannot just copy and paste other nations’ institutions and mimic them. Democracy stems from people’s ideals. The recipe can only be written in the history of each country and how people make it happen to shape their institutions. Our best solution to escape from the cage of the Islamic republic will be found in Iran, our own country. However, indifference, contempt, cynicism, disillusionment and fear are destructive feelings. The negative mood will sow the seeds of another dictatorship. The antonyms of these words would create a path that would free us from the yoke of the ayatollahs and bogus traditionalism.

Choosing between The Bad and The Worse

“When it’s a question of choosing between bad and worse, what should one do?” There are many, many things to do. The first step is to refrain from voting. Leave the ballot box empty. No candidate is worth the trust of our vote. 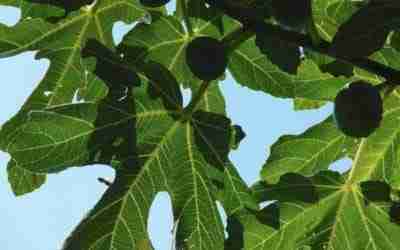 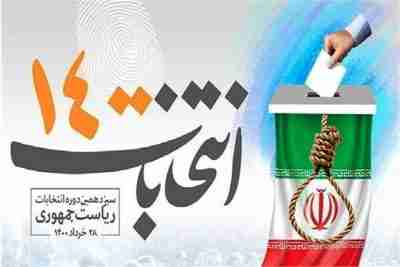