Hundreds of thousands took part in the street- shows to mark their support for the Supreme Leader and the Islamic Republic: We obey the order from the Leader/مطیع امر رهبریم

Any one who believes in the Republic of Iran (no Islamic) and is sincere about working for democratic values and freedom of expression should take the malleability of the masses very seriously.

Shortly after the rigged elections, any rigged one, the educated Iranian moans and whimpers: I was cheated by the moderates within the regime.

You wanted to be cheated, because it was more comfortable for a lazy mind. You did all you could to marginalise the critics: the sounds of their voices made you uncomfortable. You closed your eyes when the Iranian military colonialism took momentum in the Middle East. You said: Why bother for things far from home?

You danced whenever the regime paid the tune.

You refused to see and analyse a simple fact: the nature of the Velayat-e Faqih will never permit the needed structural change and evolution. Forty years of domestic stagnation and social Islamism has not allowed the system to accommodate the population’s aspirations, if we can name them. It was not design for it.

The change can only be envisaged from the people outside the system till it shreds the regime to pieces.

By the people outside the regime, I am talking about dreamlike figures that can lead social protests and be the spine of it. The #IranProtests, despite their legitimacy and noble aspiration, will not last long if they do not find action-driven and resolute women and men that are able to be on watch and protect their people from the wolves.

I am NOT talking about foreign powers, such as the USA and the ill-advised, versatile tweeting president, and the members of GOP, ready to humiliate themselves on his behalf for their own pockets.
The smell of the indecency from the American administration would discredit anyone that might have the backing of the said president and deputies.

I am NOT talking about the petits bourgeois frozen in their dreams of the monarchy: ageing figures or a younger generation with no idea about Iran, not even able to speak proper Farsi.

Pathetic and small in numbers, in the West, they wave flags harbouring the golden lion and the sun.
These families fled the country when the situation was not comfortable for them in late 1979. They were part and parcel of a despotic system that fed them. When it failed to do so, for them there was no question of putting up a struggle for their beliefs and loyalty. They had none, neither belief nor loyalty.
They bear the co-responsibility of the killings of those who were loyal to their creeds and had beliefs but were executed mercilessly by the Islamist elements in the 1979 and the following years.

At that time, the Mojahedin Khalgh/MEK/MKO or whatever they care to call themselves, were Khomeini’s chums when he badly needed them to install the Islamic rule by violence.

I am NOT talking about them either. Sadly, they are the one and only opposition group that has an organisation that works as a sect with its own gurus.

In both Europe and the USA, they buy outdated politicians and has-been public figures to use them as key speakers at meetings open only to their most dedicated partisans.

Contrary to the #IranProtests elements, they have money to spend. Their war chest was filled in the 1980s Iran-Iraq war, when they fought the Iranians alongside Saddam Hussein’s army.
They chased more treasure in the 1990s with mafia-like methods in Iraq and elsewhere in the Middle East.
Later they bought themselves a virginity for the West to see, when they were dropped from the Terrorist list of the United States’ administration.

The Enemy of my Enemy is Not my Friend

I choose my friends for their probity and their loyalty to an Iran in which freedom of speech is valued, equality guaranteed, and despotism, both domestic and political, banned. These folks do not used words and then stand back self-satisfied. They know the value of hard work needed, tolerance and respect for people and ideas.

Those who have marched in the #IranProtests believe that they have nothing to lose any more. They were driven by instinct. By chanting Death to the Leader! they sounded the death knell of the Velayat-e Faqih.

However, no country can avoid internal conflicts if consensual Vivas are not heard soon and loud.

For now, a number of slogans, a few minutes of amateur videos, cannot replace what was needed in the first place and now. That is, honest, factual and open debates in the country and outside it. Debates in which participants are not repelled or intimidated.

Today, the one who is satisfied is the Leader. He has won this set once more.
We do not know how things will end. But, as long as there are people willing to march in the clerics’ street shows, carry their banners, and lick their boots, we will stand still.

Iran’s protesters in 1999:
Protests without principles, or too many of them, and without leaders are like shots in the dark.
They let the steam out, but prepare fertile grounds for authoritarian and fascistic movements. 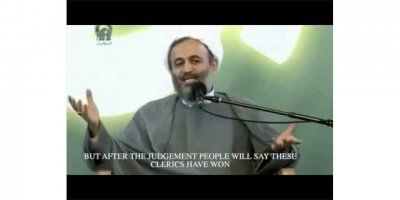 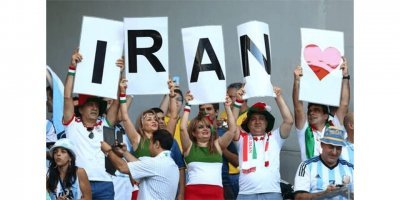 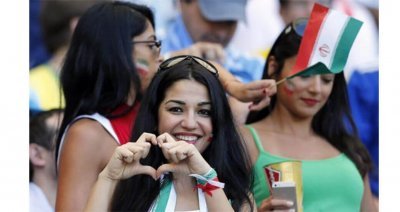