The Discourse on Voluntary Servitude, (French: Discours de la servitude volontaire ou le Contr’un) is the work of Étienne de La Boétie, published in 1576.
He argued that the fundamental political question is why do people obey a government, or more precisely a tyrannical one.The answer is that they tend to let themselves be governed by tyrants. Freedom from servitude comes not from violent action, but from the refusal to serve. Tyrants fall when the people withdraw their support.

The Velayat-e Faqih has asserted its proprietary ownership and feudal tenure on Iran. Sadly, people follow him and serve him.
By obeying blindly to the Leader, saying Labeik to him, Iranian people have enslaved themselves, cut their own throats, when, having a choice between being vassals and being free men, they deserted their liberties and took on the yoke, have gives consent to their own misery, or, rather, apparently have welcomed it.

In Iran, if things are to change, one must realize the extent to which the foundation of tyranny lies in the vast networks of corrupted people with an interest in maintaining tyranny.

Dictatorship regimes are more vulnerable than people think. They can collapse in an instant, when consent is withdrawn. In Iran, the voluntary servitude to a leader is the political drive.

The Farsi translation of La Boétie’s book was announced in November 2013 by Editions Dehgan. In February 2014, only a few traces on Facebook of this publishing house remains. Censorship of the Islamic Republic has been active in the meantime.

We thank Reza for having toured libraries in Tehran for us, looking for a copy. He came home empty handed. He had to respond to threatening questions by a few hezbollahi booksellers, more inclined to sell ayatollahs’ manifestos than books.

As Iranians, we love to boast for being heirs to an old civilisation. No one will dispute that. But looking at our today’s cultural paucity and the implications of our Voluntary Servitude to the Valiy-e Faqih, one may wonder when we lost our precious heirlooms. 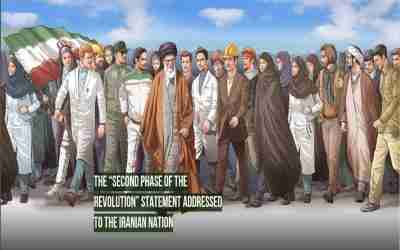