Shiism a Reactionary Mentality: not a fortuitous creation, a history’s trap; it reflects a political culture that the majority of Iranians deem acceptable.

You can have the pictures of the Leader, Ali Khamenei, in all sizes, for all circumstances, and for all tastes. They are thousands of them on  Ali Djoun Khamenei’s website to choose from.

The Islamic Republic of Iran is not a fortuitous creation, a history’s trap; it can be described as the Shiism a Reactionary Mentality Under a Glass Dome. it is a mirror reflecting a political culture that the majority of Iranians deem acceptable.

In Iran, despotism (zourgoui) and obeying despots is a deep-rooted cultural phenomenon. Since the instauration of the Islamic Republic (Velayat-e Faqih), Shiism gave birth to it,  it has been perfected by the edicts according to the Sharia. They must be followed unchallenged.

The “pious and Islamic society” turns out to be a reactionary, misogynistic, authoritarian, nationalistic one. The corruption is endemic and encouraged; it runs from a “gift” to a janitor, and goes up to the highest levels of the authorities, with cheques in several digits, preferably written in foreign currencies. There are more talks about women’s “modesty” and hijab in the mouth of our highest and learned ayatollahs than discouraging baksheesh (word origin: from Persian baḵšīš, from baḵšīdan give).

Today, the machinery is well oiled. In one’s daily activities, no one must forget the medieval patriarch, the Supreme Guide, The Leader, The Führer. His portraits are displayed in classrooms, at one’s workplace, in shop displays, on public transport, and painted on buildings’ façades. When necessary a large picture of him on sheet metal is erected on a sturdy metal structure.
In a poetry-loving country, simplistic slogans suit unsophisticated minds; they are written beneath the portraits in rhyme and can be remembered by all and repeated unvaryingly.

In modern Iran, anything printed must be headed with بسم الله الرحمن الرحيم or its truncated version: باسمه تعالی . From academic papers to gas bills, from a class report to an internal memo in a private company, either of these phases is printed first. Miss them on a dissertation, on a letter to officialdom and trouble will start. There is no escape from the Islam Shiite.

Glass Dome on Iran: Access to the Site is Denied

Satellite TV first, and later the internet and smartphones gave the highest hopes yet of being the means of breaking despotism, propaganda and censorship. Now, after some years of development, the hopes run low. In Iran, those in charge of digital technologies are ahead of users because of their invention, Halal internet, which filters access and meddles in social media.
In this, the computer scientists are helped by the West’s best software producers on internet security matters. Deleted information is replaced with propaganda from the numerous state-run and state-affiliated networks and publications,spreading the shiism. The Ershad agents are paid to troll and comment on thousands of platforms. This not only blinds those in Iran, but is also an effective means of propagating misinformation to the West. Certainly not everything is perfect for the ayatollahs and a few paths are still open to knowledgeable and technical-minded recalcitrant, but not anymore for the average user.

No one, I repeat no one, is immune to decades of brainwashing and social pressure. However, reforming the society to fit the Islamic utopia of the ayatollahs is realised by pretence. The official speeches are rejected and even mocked in private, but conformed to in public. Nevertheless, the search for information, so as to be fully informed, is a 24-hour hard job, impossible for those with a family to look after and a job to keep. The collected titbits of information are, therefore, dots linked together with some embellished rumours to form a story that one wants to hear.

Even with a keen mind, Iranian expats arriving from the West, after a lengthy and continual stay in Tehran, develop blurred views and a sluggish mind faced with facile interpretations of partial facts and repeated rumours. In the absence of public criticism and open debates, the phoniest theories become acceptable before being twisted for another one, in contradiction to the first.

The Shiism in the Islamic Republic is not a fortuitous creation, a history’s trap; it is a mirror reflecting a political culture that the majority of Iranians deem acceptable. 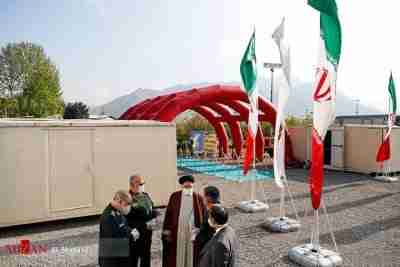 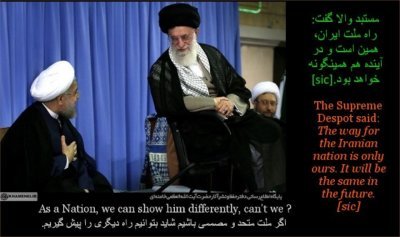 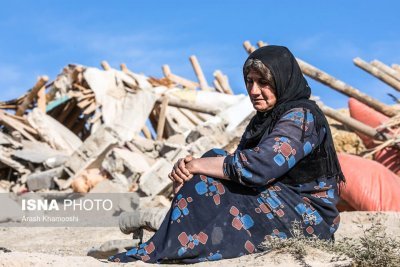 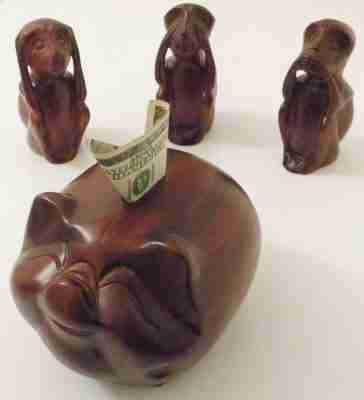